How does Artificial Pancreas treatment work in Diabetes? 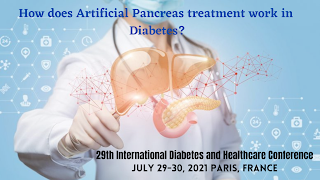 In general, Type 1 diabetes patients consist of damaged pancreatic cells that make insulin. Hence they are unable to release the hormone. This is the reason why diabetes patients tend to inject insulin themselves when their blood sugar gets too high. So there is an urge for such medical development in diabetes treatments.

Popular posts from this blog 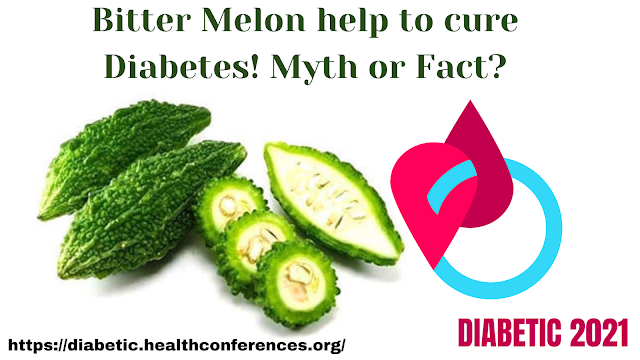 Bitter melon is connected to control the body's glucose which helps in treating diabetes in few cases; As the Bitter melon has properties that act like insulin, which carries glucose into the cells for energy which transforms and winds up in the circulatory system. The utilization of Bitter melon can help cells to use glucose and move it to the liver, muscles, and fat. Bitter melon is not only controlling the blood sugar, it is also used to cure various diseases like Respiratory disorders, Liver tonic, Immune system, Acne, Diabetes, Constipation, Weight loss, Kidney and bladder, Heart disease, Cancer. And it also contains numerous supplements which are helpful for wellbeing. But generally, bitter melon is not a scientifically or medically proven treatment or drug for prediabetes or diabetes and in some cases; it is also viewed as a reciprocal or elective medication for treating diabetes. Beyond this, it can be taken as a healthy diet which rich in vitamins A and C as well as iron
Read more

Does a Person with Diabetes can Eat Dates?? 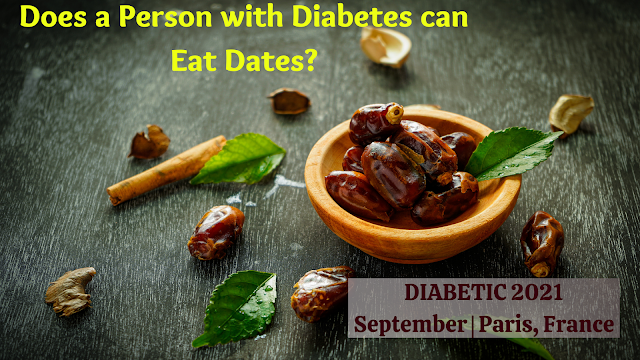 People who are suffering from diabetes can eat a serving of 2–3 dates at a time. However, before having a serving of dates the person should take advice from their doctor to confirm that eating dates is safe. Those people who are suffering from diabetes should follow a diet and should intake fewer amounts of carbohydrates to keep their blood sugar levels constant. Dates can vary in different sizes and different varieties. One of the varieties of dates like Medjool dates is larger compared to all other varieties. A Medjool date is highly rich in calories, carbohydrates, sugars, and fiber. A Medjool date that weighs 24 g consists of 66.5% of calories, 18 g of carbohydrates, 16 g of sugars, and 1.61 g of fiber. Dates are also highly rich in a variety of nutrients . Some of the nutrients which are present in dates include magnesium and potassium. These nutrients are also a good source of fiber, carbohydrates, and antioxidants. The fibers which are present in dates are used in slowi
Read more

Why diabetes attack during pregnancy? 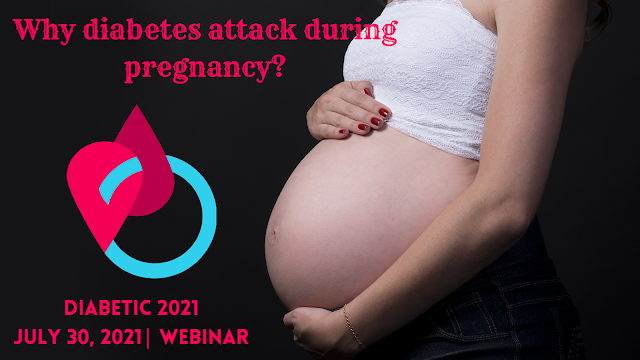 Introduction:  This case is called Gestational diabetes , Insulin is a hormone that is stored in our body or which is utilized for energy. During pregnancy, the body creates more insulin to assist the infant with developing. Simultaneously, pregnancy can likewise make more resistant to insulin. This is the reason numerous women create diabetes during pregnancy (gestational diabetes).  At the time of pregnancy , the placenta gives developing infant supplements and oxygen. The placenta likewise releases hormones. In late pregnancy, the hormones like estrogen, cortisol, and human placental lactogen can obstruct insulin. At the point when insulin is hindered, it's called insulin obstruction. Glucose can't go into the body's cells. The glucose stays in the blood and makes the glucose levels go up thus resulting in diabetes. Even though high glucose (hyperglycemia) is more normal during pregnancy, the adjustments in the body during pregnancy an
Read more